Trillion Fund was founded in 2011 by Dr. Michael Stein and Phillip Riches to open up opportunities to profit from clean energy to everyone, through crowdfunding. They had a big ambition: to help drive forward the $1 trillion of annual global investment required to reach the scale of clean energy generation needed to prevent further global warming - and to give people good returns on their investment into the bargain.

The website began operating in Spring 2012 and became an appointed representative of Abundance Generation in January 2013, bringing the site under Financial Conduct Authority (FCA) regulation.

Trillion launched an affiliate marketing platform for renewable energy projects seeking to raise money from the crowd in June 2013.

It won interim permissions to operate as a peer-to-peer lending platform in March 2014 and began offering loans directly in June 2014, giving potential investors a range of options, from peer-to-peer loans, to traditional funds, to community share raises.

It completed a merger with Buzzbnk, the crowdfunding platform for social businesses and projects, in November 2014.

Trillion is privately-owned. Vivienne Westwood, the fashion designer and environmentalist, became a majority stakeholder in March 2013, while Albion London, the creative design and marketing agency, took a stake in April 2014. 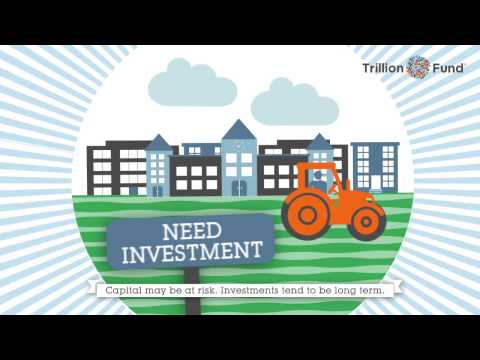