Sergenian’s was founded by Ara Sergenian in 1930. The business was originally located on Monroe St. and focused on Oriental rugs. Ara sold the business to three of his sons, Marsh, Ron, and Paul, in 1962. They moved the store to State St. and changed the emphasis from Oriental rugs to wall-to-wall carpet. In 1967, Sergenian’s moved to the current store located on the Beltline Highway in Madison. Jim Garner became an employee in 1963, and today Jim is CEO and majority partner with Ron’s son, Tom Sergenian, who serves as President. In 1998, the administrative offices, commercial sales division, and warehouse, moved to the present location on Fish Hatchery Rd.
Over the years, Sergenian’s has added a wide variety of other floor coverings to offer their customers and developed strategic marketing alliances with national buying groups. These alliances include Starnet, which is the largest group of independent commercial flooring dealers in the world, and Flooring America, a franchise and part of a cooperative of the largest retail flooring group in the world. In 2002, Sergenian’s retail store was selected by Dupont/INVISTA to become a Stainmaster Flooring Center, one of a select group of dealers chosen in the country because of its reputation for high quality and service.
Sergenian’s has won numerous awards based on quality and service. They won two awards in the 2005 StarNet Design Awards competition, including the grand prize for their work at the Overture Center for the Performing Arts. This award is based on creative use of flooring, flooring design concept, how well designs meet client objectives, and special challenges. Sergenian’s also received the 2003 Rug Retailer of the Year for Outstanding Merchandising, an award that honors exemplary achievement among the nation’s most accomplished area rug retailers.
In February of 2007, Sergenian’s started Wisconsin’s first and only comprehensive carpet reclamation program, with a guarantee that no carpet that they removed would end up in a landfill. Since the program’s inception, Sergenian’s has kept more than 8.75 million pounds of carpet and padding out of Dane County Landfills, and the weight increases daily. Their sustainability efforts have been recognized both nationally, with the 2009 Mohawk Greenworks Award, as well as locally 2010 InBusiness Magazine Sustainability Award, and they continue to pursue new sustainable initiatives.
In 2011 Sergenian’s expanded into the Florida market when they took over operations of two stores. One in Tampa and the other in Sarasota. This has worked well for both locations, using the synergies of the merger and the benefits of increased purchasing power. The combined sales of all locations pushed Sergenian’s into the top 50 Floor Covering retailers in the USA. Also in 2012 Jim Garner was selected into the InBusiness Hall of Fame.
In January of 2013 Sergenian’s opened up a commercial division in Milwaukee, WI. That expansion has done well and will soon be increasing in size. The growth of the company has put our total employee count at over 120, of which over 30 are company employed installers.
Strong company management, professional sales and installation staff, a commitment to excellence, and a dedication to customer service, have been the cornerstones for a successful business for over 80 years. 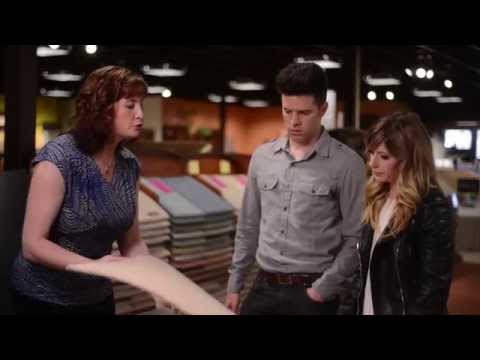