The company was first established on May 16, 1969 as Siam City Cement Company Limited with the initial registered capital of 100 million baht and began cement production after the completion of its cement plant in 1972.

A major development at the company came in 1998 when Holcim Limited of Switzerland became a major shareholder. Then in 1999, debt restructuring and refinancing was completed with the capital increased to 3,000 million baht. Siam City Cement Plc continued to expand their production capacity and new products in the market while.
On December 21,2012, a change in major shareholding occurred when Thai Roc-Cem Company Limited and HOLDERFIN B.V. sold their holdings in the amount of 21,390,000 shares in the aggregate, representing 9.3 percent of the issued and outstanding capital shares of the company, to Bangkok Broadcasting and Television Limited, a company in the Ratanarak Group. Thus, the proportion of the Ratanarak Group shareholding to increase to 104,360,272 shares or approximately 45.37 percent of the issued and outstanding capital shares.
After five years of continuously successful operation, the company proudly became a listed company in the Stock Exchange of Thailand
in 1977. Then in 1981, the company’s Saraburi plant endeavored
to replace the imported bunker oil used as fuel in cement production
to domestically sourced lignite coal.
In order to reduce the consumption of fuel which represented a major cost of cement production, in 1989 the company became the first cement producer in Southeast Asia to introduce a waste heat recovery system which converted heat captured from the cement kiln to produce electricity. Then in 1993, the company was officially renamed
“Siam City Cement Public Company Limited” to reflect the nature of its being a fully listed company in Thailand’s stock exchange. 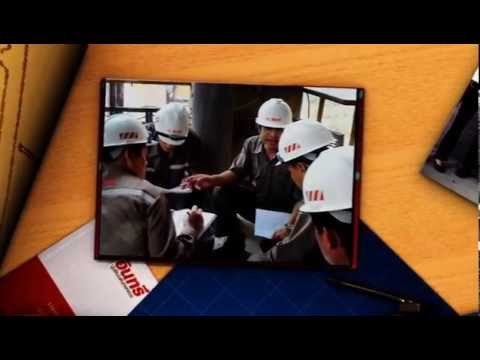