The Shri Ksherta Dharmasthala Rural Development Project encompasses all aspects of enriching the rural life. It is currently expanding its developmental activities to all the districts of Karnataka. SKDRDP is active with its Community Development Programs throughout the state. The core strengths of the organization are the blessings of its promoters, dedicated band of workers, good will of the stakeholders and above all a comprehensive program to better the living environment of the chosen areas.During the year SKDRDP has extended its area of operation to cover the entirity of Karnataka.

SKDRDP® is registered under the Charitable Trust Act of 1920 in the office of Sub-Registrar, Government of Karnataka, Belthangady Taluk, Dakshina Kannada District in the year 1991.

SKDRDP began to play its role in transfer of technology, providing infrastructure, and providing finance through micro credit. Besides this, the project concentrated on the empowerment of rural women and hence began 'Jnanavikasa Program'. In response to the social needs of the area the SKDRDP innovated into activities like Janajagruthi, Community Development, Siri etc.

A village level worker known as 'Sevaniratha' would approach the stakeholder families, sit with them to prepare a five year development plan and assist them to implement the same. The Dharmasthala temple has given the required material support like equipment's, seed materials on a charity basis. In keeping with the HR policy of the organization, the supervisory staff were promoted from the sevaniratha cadre in the prevailing areas. This provided a great opportunity for the youngsters to show their oraganisational skills in the new area.

In order to give opportunities to the housewives and unemployed young women in rural areas who have time and inclination to do social work, SKDRDP has developed a new cadre called the Sevaprathinidhi, who work in their spare time and support the SHG movement in the village. Most sevaprathinidhis are women and this has positively affected women men ratio in the organisation.

Large quantities of rice was distributed during the initial decades as a compensation for the families while they worked in their own lands. the concept of 'Food for Work' was implemented by SKDRDP, with a view to develop the lands. Thus the initial decade of SKDRDP can be considered as the charity phase.

In the early 90s, on review of the project, it was realised that mere charity does not give the desired result. Hence SKDRDP adopted the self-help mode by organizing Self-help Groups (SHGs), more on the lines of Joint Liability Groups (JLBs) of Bangladesh.

SKDRDP as a BC and BF of the banks : SKDRDP took an active part in implementing the Financial Inclusion plan of the government of India by working as Banking Correspondent and Business Facilitator (BC and BF) in all the areas of its operation. Under the programme SKDRDP is promoting Self Help groups enabling the poor people in the remote villages to access banking facilities at their door steps. SKDRDP is BC and BF to State Bank of India,Union Bank of India, Canara Bank, Corporation bank, Rathnakar bank,IDBI bank,Pragathi Grameen Bank. 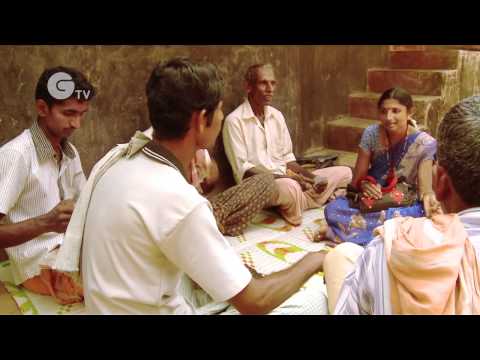